A Mockery Of The American Economy
The latest economic data is proving 75-bps rate hikes are ineffectual and will only delay the inevitable.

Depending on whether you’re a bull or a bear, the latest jobs report had a little something for everyone: nonfarm payrolls increased 263,000 for the month (the lowest since April 2021), but missed the Dow estimate of 275,000; unemployment was 3.5% versus the forecasted 3.7%; unfortunately, the labor participation rate dropped to 62.3%, which is one of the lowest levels since the 1970s. While the unemployment numbers look encouraging, we remain unconvinced. For starters, the U-3 rate (which is what is commonly quoted when someone refers to “the” unemployment rate) makes some glaring omissions in its quest for simplicity, the two most egregious of which are that there is no discrepancy between full-time and part-time work and that those who have simply given up trying to find a job are uncounted. The more accurate unemployment rate is about 6.7% – a welcome drop from its previous value of 7%.

The market was unhappy with the news, but there is little to celebrate these days anyway: average hourly earnings rose 5% from a year ago, and this is directly related to the enormous mismatch between supply and demand that has plagued our economy since the start of the pandemic. According to the latest report, there are 1.7 job openings for every available worker, which directly affects hourly earnings. The Biden administration will likely jump on this news and proclaim the economy is improving. Nothing could be further from the truth.

So why doesn’t it feel like a recession is looming?

For starters, low unemployment numbers can be deceiving. Ideally, unemployment would be zero, but that’s neither realistic nor desirable: the size and strength of an economy is not measured by its output of employment (i.e. creation of jobs), but by its GDP, which means the production of goods and services is key. Just as with any process, there comes a point if decreasing returns, where each additional job will not create sufficient output to cover its cost; this means that past a certain point, every additional job added to the economy actually makes it less efficient, which is called “slack” in the labor market and is measured by the U-6 unemployment rate minus the U-3 rate. As with all economic metrics, slack rises and falls over time: negative slack indicates an underutilization of the labor market, whereas positive slack indicates an overuse of resources and inefficiency.

The latter is what happens when the unemployment rate falls.

Secondly, recessionary fears seem like paper tigers because the pain of job cuts has not yet arrived. Bank of America has predicted that there could be a loss of 175,000 jobs per month in the first quarter of 2023, but that sounds like crying wolf as the economy keeps adding jobs. What few seem to notice is that the Fed has continued to hike rates at a rapid rate – which has already curbed consumer demand – the labor market remains belligerently positive. That’s a serious problem: not only are we carrying an unemployment rate that is simply sustainable, but the longer the Fed’s war with the overheated labor market lasts, the more painful the economic turn is going to be. The imbalance between job openings and available workers that pushed wages higher during the pandemic has not resolved itself, and this imbalance continues to push inflation higher.

More aggression now will create more pain later, but the Fed needs to play catch-up to undo the damage caused by months of wishful thinking and insistence that inflation was transitory and would not be exacerbated by massive stimulus. While the Fed has intimated that unemployment could climb to 4.4% in 2023 and stay there through 2024, history suggests that Fed officials are far too optimistic when forced to give unwanted news.

We’ve previously intimated at the likelihood of a “jobful recession,” and the catch-22 that it would cause. As we start the final quarter to what has been a roller coaster of a year, we must continue to wonder at what point will Chair Powell realize that 75-bps rate hikes are ineffectual and will only delay the inevitable. Fed officials, for their part, have at least taken the brave step of publicly acknowledging their hand-wringing, finally admitting that “restrictive rates” might be necessary despite continuing to combat a massively expanding problem with the tiniest of nibbles. The threat of a downturn becomes more of a certainty with each passing day, and as public faith in the ability of Fed officials to cool inflation continues to wane, the risks of business taking adverse action to what they perceive as entrenched inflation grow. Ultimately, we will all suffer because of it.

Powell has stated that slower growth and higher unemployment would be tolerated in order to bring inflation down for good; we hope he keeps his word while inflation continues to make a mockery out of our economy. 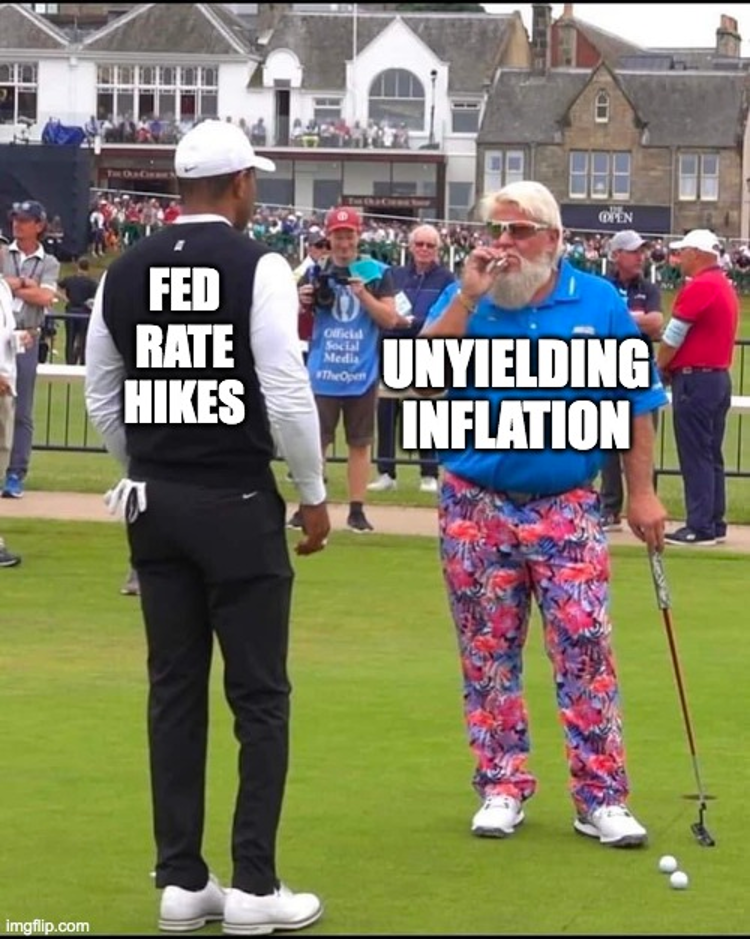 Subscribe to updates or if you have any questions or comments, please email us at: garrisonfathom@vuonginc.com